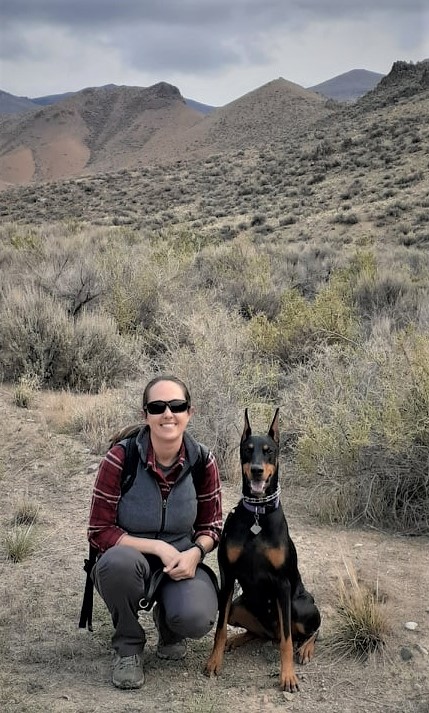 In 2011, I completed my BS as a double-major in Biology and Psychology at Drury University. I am a member of 2013 class of the Missouri Master Naturalists, a volunteer program coordinated by the Missouri Department of Conservation, through which I became active in citizen science projects and public education and outreach. Then, in 2014, I joined the Hwang Lab in the Darr College of Agriculture at Missouri State University where I studied molecular plant breeding and genetics, graduating in 2016 with my MS in Plant Science. My Master’s thesis titled, “Investigation into the Genetic Basis of Leaf Shape Morphology In Grapes” was selected for the 2017 Distinguished Thesis in Life Sciences award by the Missouri State University Graduate College. In 2016, I was awarded the Philip & Sima K. Needleman Endowed Doctoral Fellowship in Plant Conservation Genetics and began my PhD in Biology at Saint Louis University as a member of the Miller Lab at SLU and the Donald Danforth Plant Science Center, and the Edwards Lab at Missouri Botanical Garden in the Center for Conservation and Sustainable Development. My PhD thesis was titled, “Population Epigenomics and Implications for Conservation in Three Plant Taxa with Limited Genetic Diversity.” At the completion of my PhD in 2021, I joined the Reinhardt and Turner Labs at Idaho State University as a Postdoctoral Research Associate on the NSF EPSCoR GEM3 project (https://www.idahogem3.org/) to work on ecological genomics of big sagebrush (Artemisia tridentata).

I received a Bachelors of Science in Biology at Gonzaga University before accepting a position at Idaho State University. My work is part of the NSF EPSCoR GEM3 project (https://www.idahogem3.org/), focusing on the physiological differences in big sagebrush (Artemisia tridentata), and linking phenotypic variation to genotypic variation. My interests include hiking, gardening and baking. Hometown: Kent, Washington. 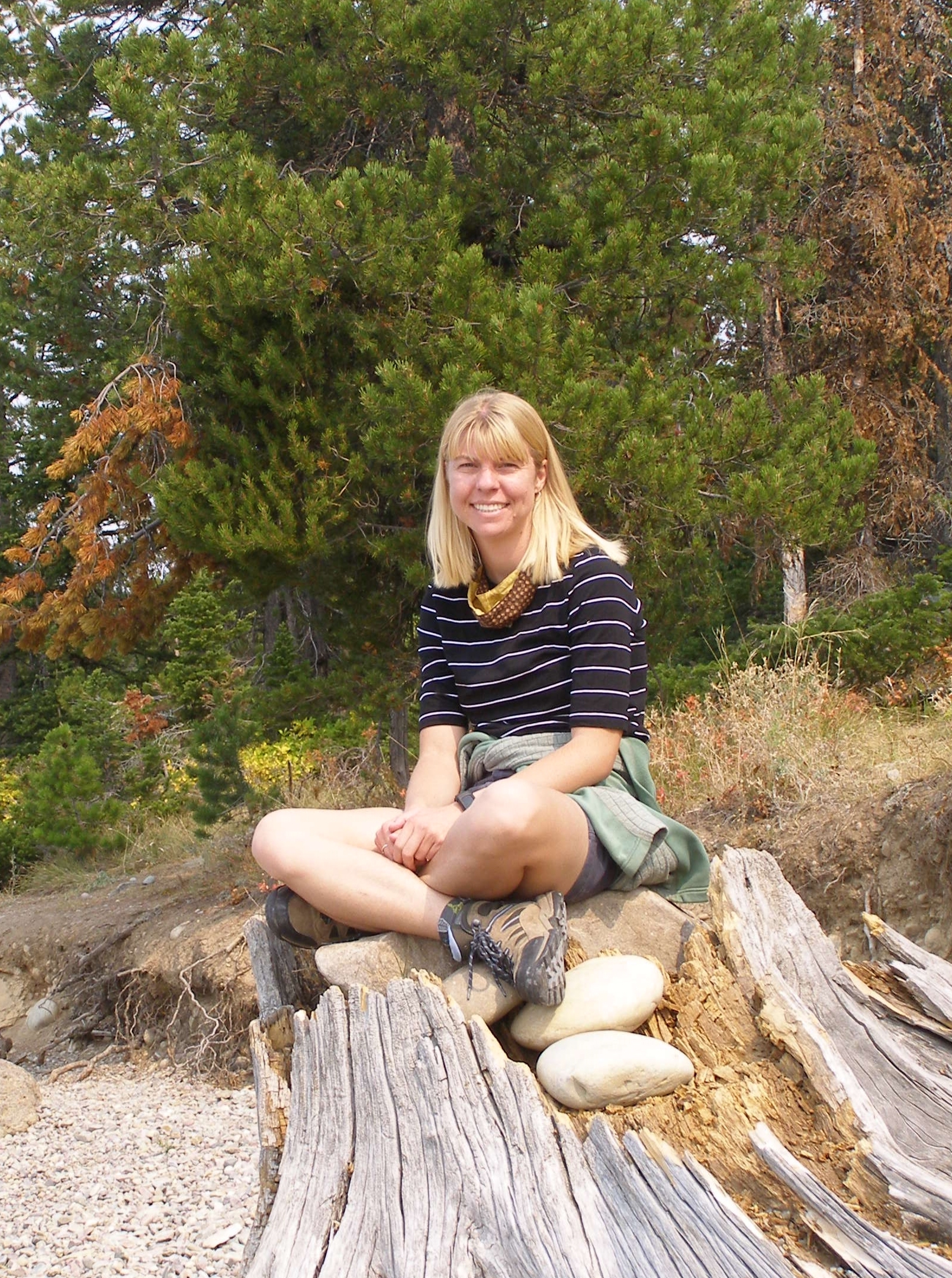 I grew up in Southern California and completed my B.S. and M.S. in Biological Sciences at California State Polytechnic University, Pomona. As an undergraduate and master’s student at Cal Poly Pomona, I did research with Dr. Frank Ewers studying the recovery of the California blank walnut tree (Juglans californica S. Watson) from chronic drought, fire, and canker disease through its ability to resprout. After completing my master’s degree, I currently am a PhD student in Dr. Keith Reinhardt’s lab at Idaho State University studying long-term water storage in trees and its importance for whole tree water relations. 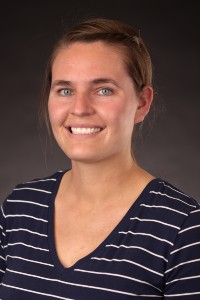 I grew up in Arizona and I received a B.A. in Biology and Catholic Studies with a minor in Spanish from the University of Mary in Bismarck, North Dakota in 2018. Afterwards, I returned home to Prescott, Arizona where I taught middle school Earth Science, Biology, and Physical Science for three years. Currently, I am researching long-term water storage in trees in the Reinhardt Lab at Idaho State University.

Abbi studied the impacts of balsam woolly adelgid on subalpine fir trees in Idaho and Utah. She quantified how the degree of infestation altered whole tree water relations. She is now working in Minnesota.

Dayne studied the variation in forest “greenness” (NDVI) with wintersnow snowpack metrics throughout the northern Intermountain West. He was interested in what environmental driver variables are related forest productivity in patchy forests in the topographically complex terrain that characterizes our region. He is now employed by a private environmental consulting firm doing remote sensing work in Montana.

Harman studied carbon and water fluxes in three species and sub-species of sagebrush along an elevation gradient  at the Reynolds Creek Critical Zone Observatory (http://criticalzone.org/reynolds/). This will allow us to quantify aboveground inputs of carbon to the soil at leaf to ecosystem scales. She is now a Research Associate at North Carolina A&T University.

Steven studied causes of seedling mortality in first-year lodegepole and ponderosa pine seedlings during drought.  He was interested in basic questions in conifer seedling biology such as what is the carbon balance of first-year seedlings. He is now in a PhD program at the University of Wisconsin, Madison.

Theresa quantified intra-specific variation in hydraulic function traits along an elevation gradient in Douglas fir trees. She was interested in elucidating what abiotic factors cause lower treeline in montane forests in western U.S. She is now working as a Field Biologist for the USFS in Tucson, AZ.

Maria investigated the impacts of human-noise on ecosystem functioning in the Phantom Gas Field project, She is now working as a regional biologist for ID Department of Fish and Game.

Lindsay is interested in community ecology, ecophysiology, and climate change biology. Her thesis research investigated physiological and structural adjustments in sagebrush, under both current and future climate scenarios. She is now working as a research pathologist for a nursery supply company in Massachusetts.

Kate investigated the effects of altered precipitation seasonality on net ecosystem carbon exchange in Intermountain sagebrush steppe.  She now is living in Boise, ID and is an Academic Advisor for StudySync (an educational software company).

Ike completed a BS in Biology at Idaho State University.  As a research technician in the Reinhardt lab, he enjoyed increasing his knowledge of plants and studying insect herbivory at the University of Idaho’s Taylor Wilderness Research Station in the Frank Church Wilderness.  He is now employed at Idaho BioScience in Hailey, ID.

Cristie Cole, NSF EPSCoR REU Summer 2013.  Cris was a hiker-extraordinaire during summer 2013, where she investigated how experimental snowpack manipulations affected the physiology of trembling aspen (Populus tremuloides) at leaf to whole-tree scales.  She hiked into Gibson Jack RNA weekly with tons of equipment, and fought off moose, stinging nettle, and poison ivy for the sake of science.  Hometown:  Idaho Falls, ID.